When does extramarital friendship cross the line over to infidelity? According to  You May Call it Cheating But We Don’t(link is external), it’s fine to veer once in a while from the relationship straight and narrow. This first-person true story raises a whole set of related questions: Is kissing enough to change a friendship into an affair? Should the partner be told about this? If the kissing progresses farther, at what point is the affair likely to threaten each person’s marriage or primary relationship. According to author Amy Calhoun, it’s fine to kiss a friend without putting the marriage in jeopardy. It’s fine to kiss a few people. In fact, attraction to other people seemed to her to be a normal aspect of marriage, even happy marriages.

The questions raised by this story led me to wonder just how frequent it is that happily married spouses either fantasize about or actually follow up on the impulse to express their attraction to someone outside the marriage. Researchers on marriage and the family don’t have one definition of infidelity, nor do the people they study.  According to a review by Utah State University researcher Sarah Tulane and her associates, infidelity is associated with higher rates of divorce. However, like Calhoun, many happily married couples admit to infidelity and never get divorced.

Rates of reported infidelity hover around 13 to 10% across adulthood, with the peak of 20% occurring for couples in their 40s (far lower than the 40-76% cited by Calhoun). Those who discover their partner’s unfaithfulness regard the experience as “shattering,” and believe that it signals the end of the marriage.  If the relationship is going to recover, the cheating partner must admit to feeling guilty and remorseful.  People who have affairs but don’t get divorced are happiest in their marriage if they remain together because theylove each other, not because there are barriers to the divorce (such as children or finances). Strongly held religious beliefs might prevent partners from seeking a divorce and may therefore be a barrier. However, couples may also use their religion to help get through the difficulties of dealing with the infidelity.  Recognizing that infidelity is a symptom of an unhappy marriage can lead a couple to patch things up and grow closer.

We know that some people cheat on their spouses, but the question is why do they take such emotional and practical risks? In a survey conducted by Loras College psychologist Julia Omarzu and colleagues, people currently or recently engaged in an extra-marital affair were asked to report on their emotional experiences during the affair. The participants were obtained from a non-random source, namely a website directed toward adults who engage in marital infidelity. Thus, the results don’t generalize to the cheating world in general. However, the findings were nevertheless informative. Of the 77 participants who responded (22 men and 55 women, ages 23-63), 73% were currently married.  The number of extramarital affairs they reported ranged from 1 to 22, with an average of about 4, and most of these were ongoing relationships rather than one-night stands, lasting more than 1 year and, in some cases, as long as 5. They were most likely to contact each other by cellphone, meeting mainly at hotels, one partner’s home, work, or in cars.  Nearly two-thirds of all affairs had ended on friendly terms, with as many as one-half of them staying in touch on friendly terms. 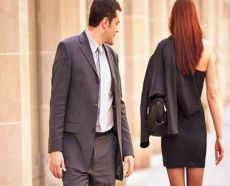 With these basic facts in mind, let’s see why participants said they engaged in these relationships (I’ll summarize them more specifically later). The most frequent two reasons- you guessed it-  had to do with sex. They either felt their marriage was sexually satisfying, or they wished to have more sex than they were having now. The next two reasons reflect emotional needs. Participants reported that they weren’t emotionally satisfied in their current relationship or wished to gain additional emotional connection or validation.  The least frequent reasons for engaging in affairs had to do with love- either falling out of love with their partner or falling in love with the new partner.

For the most part, these findings corresponded to previous work on motivation for extramarital affairs – namely, that partners cheat on their spouses primarily for sex, emotional sustenance, or love. Two additional categories not seen in previous research appeared in this online study, though, perhaps reflecting the nature of the sample. One was “revenge sex.”  People seeking an affair for this reason were trying to get back at their own partners who had already cheated on them. Again, this seems understandable, particularly given the nature of the website, in which people deliberately seek out an extramarital partner. The researchers were surprised to find that nearly 20% of the married people in the sample were into “sensation seeking,” meaning they were curious or just bored.

Now we know why people engaged in extramarital affairs, but the question is – how did they feel once they were in them? Were they as placid and unperturbed as the protagonist in our story? As it turns out, the participants felt the full gamut from positive to negative emotions. On the positive side, people who cheated for sexual reasons tended to be emotionally satisfied with the outcome. They also felt more energetic about life in general and felt that they were becoming emotionally more open. The price they paid for feeling more alive and open were guilt, shame, and disappointment.  The unfaithful weren’t disappointed with themselves, but with the partners (for not making them more satisfied) and with the fact that the affair didn’t bring them as much satisfaction as they thought it would. Anxiety over being caught, fear of abandonment by the extra-marital partner,jealousy, and depression were other undesirable emotions.  However, a surprising number of participants said they felt no negative emotions at all. 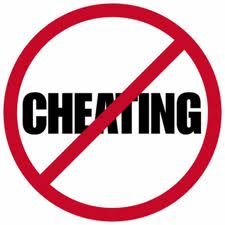 You’re probably wondering whether men and women differed in their reasons for and reactions to extramarital affairs.  Because the gender distribution was so unbalanced, conclusions about sex differences are very hard to draw. Although Omarzu and her fellow researchers reported a fair number of statistically significant differences, they concluded that the women they recruited “in many respects responded similarly to men” (p. 161).  In fact, they believe that “assumptions based on gender may not always hold true” (p. 161). Anyone, male or female, can feel that sex or emotional intimacy are missing from their relationship, and therefore seek either or both in an affair. These findings confirm what we already know about the differences, or lack of, between men and women in their sexual desires.

The findings also show that a substantial group of people who engage in extramarital affairs are pretty good at shifting the responsibility away from themselves. Many claimed that the decision to enter into the affair was a mutual one, that their affairs were justified, and that they felt no guilt.

However, the extramarital relationships tended to be relatively long-term, and the participants treated them as important.  Though a substantial number felt no guilt at all, the majority did experience guilt and anxiety, even those who engaged in multiple affairs.

If you are, or have considered, entering into an extramarital affair, see which of these reasons are highest on your list and why. For each reason, I’ve gone into more detail on what participants in the Omarzu et al study actually said (obviously all identifying information had been deleted).

1. Lack of sexual satisfaction in your primary relationship. This was the most common reason cited by individuals in the Omarzu study. Recall that the large majority of the sample were women. Both women and men who enter into affairs are hoping to improve their sex lives. They may enjoy many other mutual activities but, for whatever reason, the sex is not working out for them.

2. Desire for additional sexual encounters. This was a relatively infrequent reason cited by the individuals in this study. It’s possible that more people had this as a reason but didn’t want to admit to it as it is not a very socially desirable wish to articulate. For example, one man in the study stated that he felt he needed more sex in his life to reward him for performing well at his job.

3. Lack of emotional satisfaction in your primary relationship. Seeking emotional intimacy can be nearly as compelling a reason to have an affair as can seeking physical intimacy. Participants who stated the need for emotional closeness in an affair felt they were lacking a connection to their primary partners.

4. Wanting emotional validation from someone else. Being appreciated is a key factor in the emotional connection that partners feel toward each other. Partners may grow apart and, as they do, fail to acknowledge the needs that both have in their relationship.

5. Falling out of love with your partner. This was a relatively insignificant reason in the Omarzu study, perhaps because “love” is so difficult to define. In the grand scheme of things, having sexual and emotional intimacy seems to trump love.

6. Falling in love with someone new.  Very few people indicated that they had fallen head over heels for the person with whom they had the affair. Again, emotional intimacy plus sexual closeness seems to be a more important factor that leads partners to stray.

7. Your wanting to seek revenge. In a relationship that is already suffering, the desire to hurt a partner who is (or is perceived as) cheating seems to raise the stakes significantly from mere lack of intimacy. Hollywood enjoys exploiting this category (think “AmericanBeauty”), but in reality very few participants cited this as the main cause of their affairs.

8. You’re curious and want new experiences. People who cited this reason felt that they wanted something new, this motivation went beyond curiosity and into some type of contest to measure their sexual prowess. It might have been less complicated for them to compete on the tennis court or golf course, but the allure of someone and something new led them to choose this particular form of challenge.

Extramarital affairs clearly represent a complex mix of desire, anguish, and need for connection. Rarely are they apparently entered into without conflict or even distress. They may be the product of, or the cause of, the ending of a marital relationship. Happy couples may decide to experiment and, as Calhoun observed, find that their marriages survive intact if not improved. However, as shown in these studies, it’s a risky venture, not one for the faint at heart.